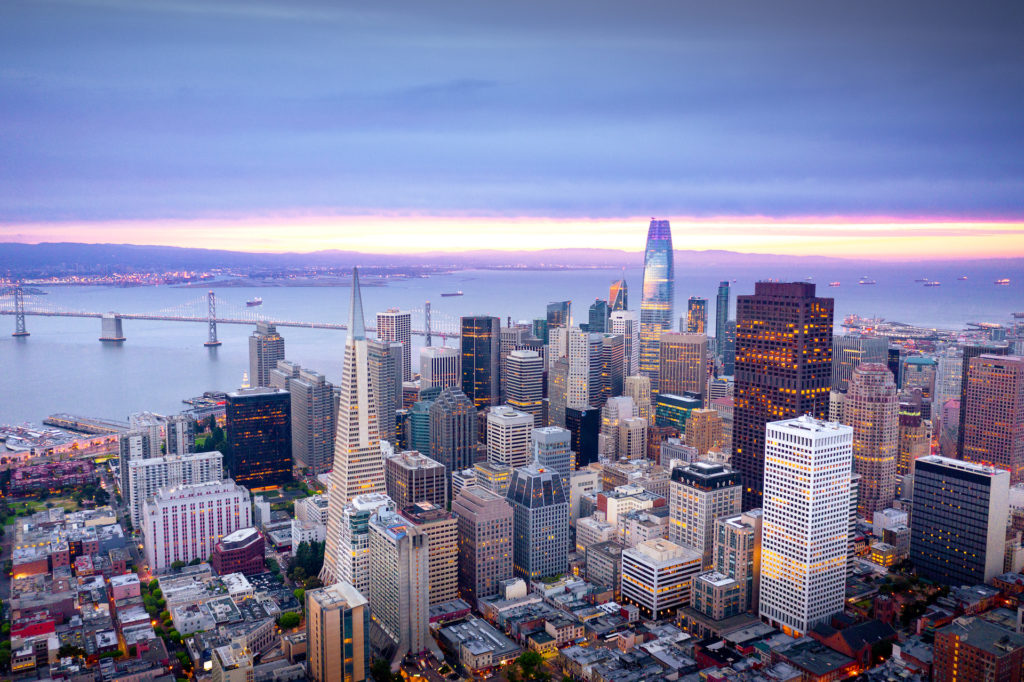 What is the Cost of Living in San Francisco?

As one of the most desirable locations in the country due to its climate, scenery, and diversity, the cost of living in San Francisco is also among the highest in the nation.

San Francisco is just a short drive from Silicon Valley, the site of a number of thriving tech companies, which draws people who want to work in this industry to the area and has contributed to a continual increase in housing and living costs. Understanding the cost of living in San Francisco is the key to developing a workable budget.

San Francisco cost of living at a glance

Currently, the median rent for a one-bedroom apartment in San Francisco is $2,995 per month. Of course, prices vary widely depending on your neighborhood and amenities. Homes are also expensive in San Francisco, which explains why more than half of the residents rent their properties.

If you follow the 30% rule, which says that your rent shouldn’t be more than 30% of your gross monthly salary, you would need to make at least $8,376 per month to afford the median rent for a one-bedroom apartment. If you don’t make that much money, you can still live in San Francisco, but you’ll need to look around in areas that are a bit more affordable. Calculating your budget with a higher cost of living is also an intelligent way to be prepared for the move.

The cost of living in San Francisco depends on where you live and the number of bedrooms you choose in your rental. Learn what you can expect to pay for San Francisco housing:

Are you looking for areas that are cheaper than others? We’ve mapped the most affordable San Francisco neighborhoods, some of which include Inner Richmond, Outer Richmond, and Outer Sunset.

Fuel and auto insurance costs are higher than the national average in San Francisco, coming in at $2,257 per year versus the national annual average of $1,548. Additionally, traffic congestion levels are third in the nation, following New York City and Los Angeles.

Most of the city is well-connected by buses and trains. A few bus and train systems run in the city and across the Bay Area:

BART: The Bay Area Rapid Transit (BART) train system runs through a portion of San Francisco and across the city’s metro area, including Oakland, Fremont, and Berkeley. The average fare for a single passenger is $4, although monthly passes are available. You can expect to spend about $160 per month if you average two trips per day. Muni: Muni is the city’s transportation system, consisting of bus and light rail lines, plus historic cable cars and streetcars. A single ride is $2.50, a seven-day pass is $41, and a monthly pass is $81.Caltrain: Caltrain is the commuter system that connects San Francisco to cities west and south of the Bay. Prices vary depending on origin and destination.

If you are using public transportation, you can opt for a Clipper Card, an all-in-one metro card for all three systems that sometimes provides discounts. You can purchase a monthly pass that includes Muni and BART stops just within San Francisco city limits for $98.

Cost of utilities in San Francisco

Although San Franciscans pay higher-than-average rent, their utility costs are relatively low. Since the climate is pleasant throughout the year, residents don’t have to run their air conditioning or heating systems much. For a 900-square-foot apartment, the average utility total comes in at $219.36 per month for a 915-square-foot apartment, including electricity, gas, water, and trash pickup. Some property managers cover certain utilities, such as water and trash, while others will have the renter pay all utilities based on usage.

Make sure to budget for these expenses if you’re planning a move to San Francisco.

Groceries and food factor into the overall cost of living in San Francisco. The prices for groceries are higher than in other parts of the country and even California. According to Numbeo, a gallon of milk costs an average of $5.55, while a dozen eggs cost $4.95. The number of people in your household, your eating habits, and how often you eat out will factor into the grocery bill.

Since San Francisco is home to thousands of restaurants serving a wide range of cuisine, many residents enjoy dining out. Depending on the restaurant, two people could spend anywhere from $20 to $200 or more on meals. For example, the Little Italy classic restaurant Tosca charges $28 for a plate of pasta and $15 for a cocktail. Depending on your appetite and the number of people in your party, you could spend $100 on a meal.

A few of the largest health insurance companies in San Francisco include:

The average annual premium for health insurance in San Francisco is $1,146 per person per month after an employer contribution.

The cost of living in San Francisco also includes entertainment. You can explore these popular attractions:

Alcatraz Island: Tickets start at $41.Cable car ride: Tickets are $8.California Academy of Sciences: Tickets range from $35 to $45.de Young Fine Arts Museum of San Francisco: Tickets are free for members and up to $15 for adults.

You’ll discover many free attractions to enjoy in San Francisco too. San Francisco is close to several national parks, areas of natural beauty, and wine country. Suppose you like to hike or explore the outdoors. In that case, you’ll want to factor in the costs of weekend excursions to surrounding areas, including admissions to state and national parks, hiking boots, camping gear, or whatever else you’ll need for an outdoor adventure.

Other expenses to consider when living in San Francisco

Other expenses to consider when living in San Francisco include taxes, child care, and fitness. The base sales tax in California is 7.25%, one of the highest in the nation. The lowest combined sales tax rate is 8.63%, including city, county, and state taxes. There’s a progressive income tax in California, ranging from 1% to 13.3%. This progressive tax breaks down into 10 brackets, with lower earners paying a lower tax rate. The property tax rate is around 1.18%.

San Francisco has a very healthy job market, thanks in part to the booming tech industries in Silicon Valley. Another large sector in the job market is tourism, with business and finance not far behind. The national average salary in San Francisco is $81,840, compared to $56,310 nationally.

A few companies based in San Francisco include:

San Francisco offers renters one of the most desirable locations in the country due to its climate, scenery, and diversity. The cost of living in San Francisco is also among the highest in the nation.

San Francisco is only a short drive from Silicon Valley, the site of several thriving tech companies, which draws people who want to work in this industry to the area and has contributed to a continual increase in housing and living costs. Understanding the cost of living in San Francisco is the key to developing a workable budget.

What is the San Francisco cost of living compared to other states?

According to Payscale, the cost of living in San Francisco is 94% higher than the U.S. national average.

What is the population in San Francisco?

The current population in San Francisco is 874,784 people.

What are the cheapest neighborhoods in San Francisco?

Some of the cheapest neighborhoods in San Francisco include Tenderloin, Outer Sunset, and Richmond.

As you plan to move to San Francisco, be prepared for the cost of living and what to expect so you can budget accordingly. Search thousands of San Francisco apartments for rent on Zumper and find your new home.

The post What is the Cost of Living in San Francisco? appeared first on The Zumper Blog.