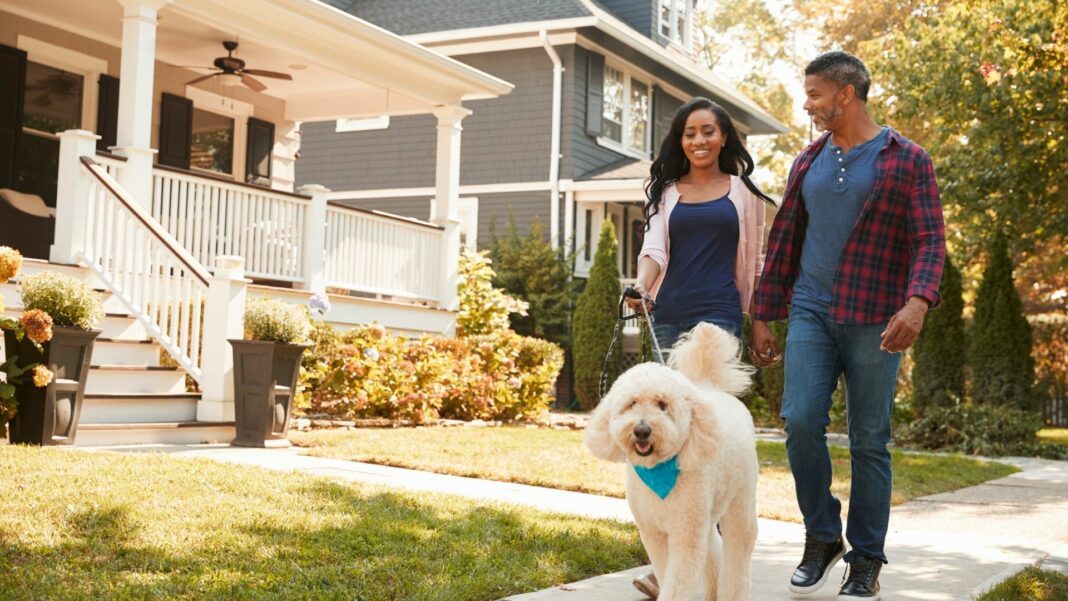 Urban vs. Suburban: What Is a Suburban Neighborhood?

Some people want to live in a bustling city, while others seek solitude, searching for homes in secluded areas or small towns. Somewhere in between the hustle and bustle of the city and the sounds of nature is a middle ground known as a suburban area. Suburban neighborhoods are often quieter than big city streets,
The post Urban vs. Suburban: What Is a Suburban Neighborhood? appeared first on The Zumper Blog.

Some people want to live in a bustling city, while others seek solitude, searching for homes in secluded areas or small towns. Somewhere in between the hustle and bustle of the city and the sounds of nature is a middle ground known as a suburban area. Suburban neighborhoods are often quieter than big city streets, but they’re more developed than the roads leading to properties in rural areas. Explore urban versus suburban living areas to get an answer to the question “What is a suburban neighborhood?” as you decide where you want to live in the future.

What is a suburban neighborhood?

A suburban neighborhood is a cluster of residential properties that aren’t as densely compacted as the residential properties found in the nearby city. In order to qualify as a suburb, a neighborhood needs to offer access to an urban area, such as a larger metro area or city. The homes in suburban neighborhoods tend to cater to the desires of those who want to live on calm, quiet streets rather than in bustling cities. Many of the properties in the suburbs are single-family homes with yards, built slightly away from the busiest streets but close to freeway entrances and exits for accessibility.

Suburban properties also typically cater to the needs of those who seek out these areas. Since public transportation may not be as accessible from the suburbs, most residents have private vehicles that they use to commute or transport their families. A home in the suburbs might have a garage or carport to accommodate a resident with a vehicle.

Although suburban areas often get associated with families with children, the amenities of this type of neighborhood can appeal to individuals living all different lifestyles. If you want more space, you might be able to get a larger apartment or home in a suburban area than you could in a big city. Rental prices continue to increase around the country, including in major metro areas like New York City, Chicago, Austin, and San Francisco. When the price of rent is no longer affordable, residents may flock to suburban areas where prices tend to be a bit lower.

What is an urban neighborhood?

By contrast, an urban neighborhood is a residential area situated within a city. It might be situated directly in the middle of a city’s downtown area, providing access to high-end dining, shopping, and nightlife. In cities with reliable public transit systems, urban neighborhoods are often close to train and bus stops. Some of the residents of the largest urban areas don’t need their own vehicles, relying on public transportation, taxis, and ride-share platforms to get around.

Those who live in urban areas tend to reside in apartments and condominiums rather than single-family homes. Few have their own designated yards or outdoor spaces but may have access to community amenities or nearby city parks. Since many large companies operate in big cities, people may choose to live in urban areas to avoid long commutes. Living in an urban neighborhood may also put you within walking distance of entertainment, including top restaurants and shopping areas.

Some of the major metro areas mentioned, including San Francisco, New York City, Austin, and Chicago, have thriving urban areas that residents can call home. However, these aren’t the only options for those who choose to live in these areas for work or personal reasons.

The population within Austin’s city limits makes up nearly half of the Austin-Round Rock metropolitan area, which has more than 2.3 million residents. This city’s urban area is densely populated and many of its residents live in high-rise apartments and condominium buildings. Those who live outside of the city limits reside in suburbs, such as Cedar Park, Lakeway, Round Rock, or Pflugerville. Some of these suburban areas have over 100,000 residents, while others provide more of a small-town feel with 15,000+ residents.

San Francisco is an economic and cultural hub of Northern California, as well as the principal city of the Bay Area. However, only one-tenth of the metro area’s population resides within the city limits. By definition, many of the people living in nearby Oakland, Berkeley, or San Jose would be considered suburban residents, but these cities are densely populated and feel more urban in nature. The makeup of San Francisco’s neighborhoods is also unique, as it includes neighborhoods with single-family homes located within the city limits.

Chicago is a bustling city in the Midwest, offering residents access to world-famous dining and entertainment options. It also has a thriving public transportation system, the Metra, with stops located throughout the city. If you live near the downtown area of Chicago, the vibe is definitely more urban as people walk and take the train rather than driving their own vehicles. Some of the Chicago suburbs to consider include Naperville and Arlington Heights. Evanston is another suburb that’s so close to the city that it feels a bit more urban than suburban.

New York City includes several boroughs, and each has its own unique vibe. Manhattan is the most urban of the five, while Brooklyn is classified as a suburban area. Long Island City feels a bit more suburban in its amenities and layout, while Queens has a mix of both types of real estate. Places like the Bay Area and New York City have blurred the lines between urban and suburban living, offering residents access to the best of both worlds.

When determining where you want to live, it’s helpful to consider whether the urban or suburban lifestyle is more appealing. You can compare rental prices and find units that fit your needs and desires at Zumper, where it’s easier than ever to find the perfect place to call home.

The post Urban vs. Suburban: What Is a Suburban Neighborhood? appeared first on The Zumper Blog.