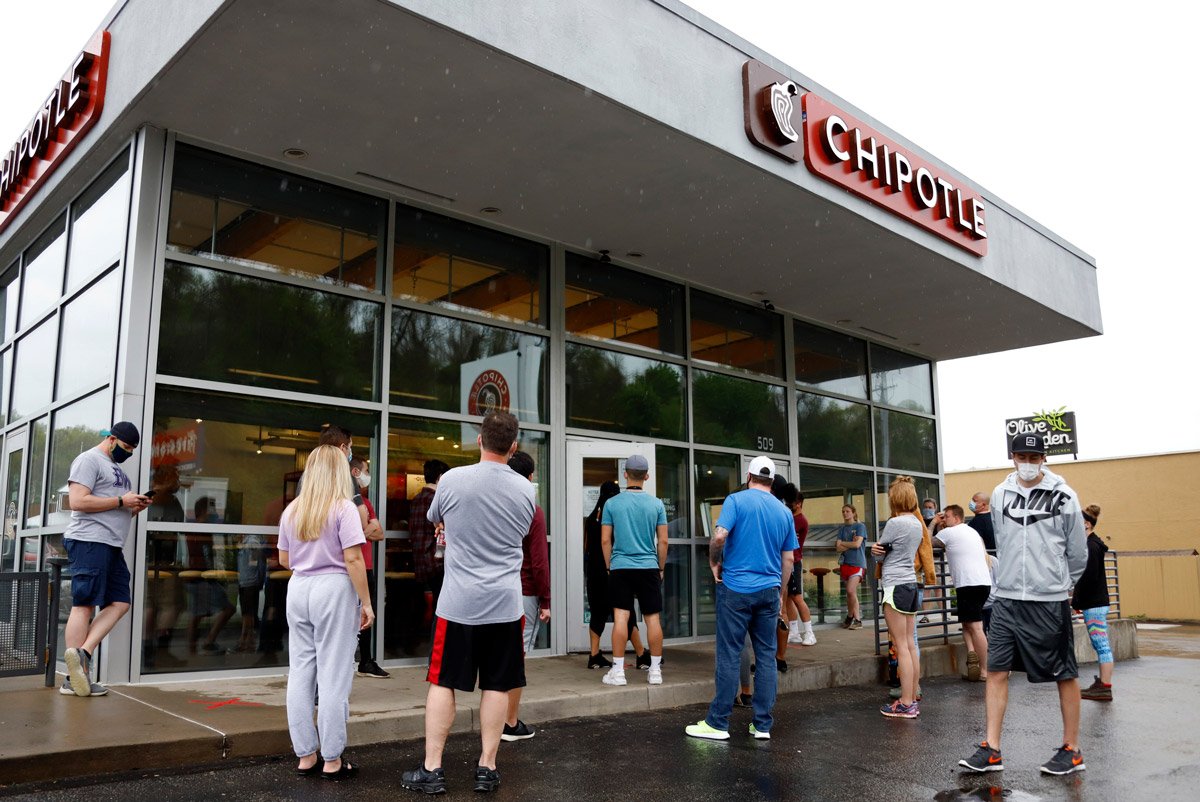 Do You Qualify for Any of June’s Class-Action Settlements?

Subscribe
[#item_title]Make Money, Quick Money, freelancersSome major brands — Apple, Noom, Chipotle and Ford, among others — have agreed to class action lawsuit settlements with claim deadlines coming up this month. Read on to find out if you qualify to claim some cash but act fast. Some of the deadlines come early in the month. Noom Autorenewal and Cancellation Policy
This was originally published on The Penny Hoarder, which helps millions of readers worldwide earn and save money by sharing unique job opportunities, personal stories, freebies and more. The Inc. 5000 ranked The Penny Hoarder as the fastest-growing private media company in the U.S. in 2017.

Some major brands — Apple, Noom, Chipotle and Ford, among others — have agreed to class action lawsuit settlements with claim deadlines coming up this month.

Read on to find out if you qualify to claim some cash but act fast. Some of the deadlines come early in the month.

Weight-loss program Noom has agreed to settle a class action lawsuit for $56 million.

The Class is made up of anyone who purchased an automatically renewing Noom Healthy Weight subscription through the Noom website or mobile app between May 12, 2016, and Oct. 6, 2020, while in the United States and did not receive a full refund or chargeback on their subscription payments.

Anyone who purchased their subscription through the Apple iTunes or Google Play stores is not considered part of the class.

Consumers are eligible to participate in the settlement if they received unsolicited calls from Rash Curtis between June 17, 2012, and April 2, 2019.

These consumers are sorted into subclasses based on whether they received calls on a cellphone or landline, whether their numbers were obtained via skip tracing, or whether they never had a Rash Curtis debt-collection account under their name.

Customers who purchased various filters through Filters Fast may be eligible to benefit from a settlement resolving claims stemming from a data breach.

The settlement benefits any U.S. resident whose credit or debit card was used to make a purchase on FiltersFast.com at any point between July 15, 2019, and July 10, 2020.

The company announced the cybersecurity incident in August 2020; certain customers’ card information could have been compromised during the breach.

The plaintiffs claim Filters Fast is responsible for the breach due to negligence, breach of implied contract and other violations.

StubHub Inc. has agreed to a settlement that benefits consumers who purchased tickets through the ticket resale website.

The class is made up of anyone who, between Sept. 1, 2015, and Sept. 1, 2019, while in California, purchased at least one ticket from StubHub using the StubHub website or mobile site — but not the mobile app.

The way StubHub displayed ticket fees on its site allegedly violated California law, according to the class action lawsuit. The platform allegedly displayed fees for the first time near the end of the purchase process.

The plaintiffs also argue StubHub should have disclosed it profited from certain fees.

Mylan has agreed to a $264 million settlement to resolve claims it worked with Pfizer and other companies to increase the price of EpiPens.

Individuals and entities who paid for or provided reimbursement for branded EpiPens or generic equivalents between Aug. 24, 2011, and Nov. 1, 2020, are eligible to make a claim.

Mylan was accused in a class action lawsuit of working with Pfizer to artificially raise the price of EpiPen products. Plaintiffs alleged the companies knowingly violated antitrust and racketeering laws.

Restaurant chain Chipotle will pay $4 million to resolve claims it charged hidden delivery fees on orders placed through the company’s website and app.

The settlement benefits consumers who placed a Chipotle order for delivery through the company’s website or app between May 11, 2020, and Jan. 19, 2022. Class members are divided into subclasses depending on whether they are members of Chipotle’s rewards program.

Chipotle, which offers in-store, pick up and even delivery options, says on its website consumers can place a delivery order and pay only $1 in fees.

However, according to the plaintiffs in a 2021 class action lawsuit, Chipotle promised free or “$1 delivery” on food items while charging hidden delivery fees in the form of service fees and higher food prices.

The settlement benefits current and former lessees of model year 2012 to 2014 Land Rover LR4 and/or Range Rover Sport vehicles as of Aug. 6, 2021.

Class members can call (844) 285-9444 to check whether their VIN is covered under the settlement.

From 2012 to 2014, Land Rover and Range Rover Sport vehicles were allegedly sold with a defective timing chain, according to the class action lawsuit. A vehicle’s timing chain allows engine valves to open and vent exhaust while letting in gas and air.

Pork producers JBS and Smithfield have agreed to a combined settlement of over $100 million to resolve claims they violated antitrust laws to raise pork prices.

The settlement benefits restaurants and distributors that purchased pork products directly from the defendant pork producers between Jan. 1, 2009, and Jan. 22, 2021.

The class action lawsuit accused JBS and Smithfield of working with several other companies to artificially inflate pork prices, leaving direct purchasers no choice but to pay more for pork products than they would have in a fair market.

Doctor’s Best has agreed to a settlement over claims it falsely advertises its glucosamine supplements as containing glucosamine sulfate. Class members can claim up to $25 without providing proof of purchase.

Plaintiffs argue they paid a higher price for Doctor’s Best glucosamine supplements based on ads that represented the products as containing glucosamine sulfate. Because these representations were false, the lawsuit says, consumers overpaid for the supplements and suffered from financial injury.

Consumers who have had problems with the exhaust system in their Ford Explorer may be eligible to benefit from a class action lawsuit settlement.

The class is made up of all entities and natural persons in the United States, its territories and the District of Columbia who currently or previously owned or leased 2016 and 2017 model-year Ford Explorer sold or leased in the U.S. — excluding 2016 and 2017 Police Interceptor Utility Ford Explorers.

Fumes can enter the vehicles’ passenger compartments, according to a class action lawsuit.

The deadline to file a claim, according to the settlement website, is six months after the settlement effective date of Dec. 30, 2021 — which would be on or about June 30, 2022 — OR 120 days after the date of the Technical Service Bulletin 17-0044 repair for which partial reimbursement is sought, whichever is later.