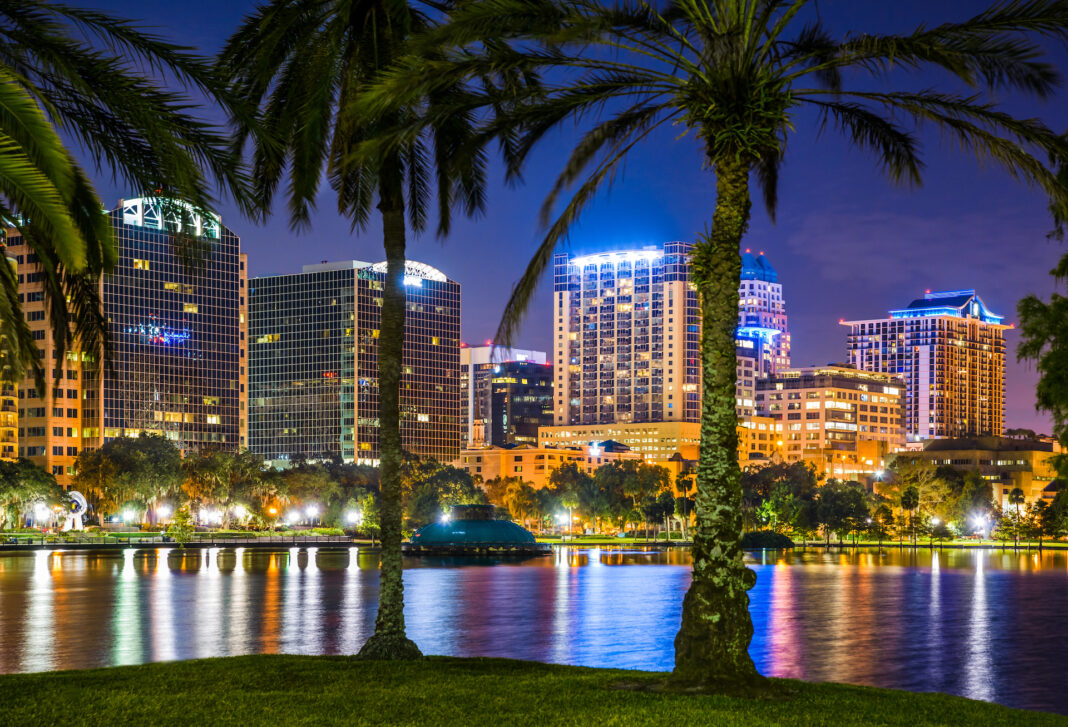 Cost of Living in Orlando, Florida

Ready for sunshine and gorgeous weather? Orlando, home to many internationally renowned tourist attractions, including Walt Disney World and Universal Orlando, is a large metropolitan area in Florida with a population of more than 287,000 and a lower cost of living than many other places in the country.  The cost of living in Orlando, Florida,
The post Cost of Living in Orlando, Florida appeared first on The Zumper Blog.

Ready for sunshine and gorgeous weather? Orlando, home to many internationally renowned tourist attractions, including Walt Disney World and Universal Orlando, is a large metropolitan area in Florida with a population of more than 287,000 and a lower cost of living than many other places in the country.

Here is how much you can expect to pay for an apartment in Orlando:

The greater surrounding metro area of Orlando is known as the Orlando-Kissimmee-Sanford metro, which has lower average rental prices than the city proper. In Kissimmee, you can expect to pay around $1,400 per month in rent for a one-bedroom apartment. Sanford apartments are slightly less expensive, costing $1,275 per month on average for one-bedroom units.

Some of the most popular neighborhoods in Orlando to consider living in are Park Lake/Highland, Thornton Park, Audubon Park, and Rowena Gardens.

Due to its sprawling size, Orlando is a place that requires motorized transportation to get around, so you’ll want to factor the cost of a car and gas prices into your budget.

Orlando does have a number of public transportation options, including:

Lynx Bus Service: The Lynx Bus Service operates across the city. A single ride pass is $2, a seven-day pass is $16, and a 30-day pass is $50.  SunRail: SunRail is a commuter train system that connects Orlando with Central Florida. Round-trip prices vary depending on area traveled, from $3.75 to $9.50.Uber/Lyft: Because Orlando is a popular tourist attraction, popular ride-share companies are easy to use and find. Ride prices vary depending on destination and surge pricing.

Orlando also has access to Amtrak, and soon Brightline, a train system connecting Miami, Fort Lauderdale, and West Palm Beach. While there are plenty of places to walk and bike, it’s not as feasible to count on these modes of transportation for your daily commute. If you plan to drive your own vehicle in Orlando, you can expect to pay around $1,862 per year for car insurance.

Cost of utilities in Orlando

The basic utility package of electricity, water, cooling, heating, and garbage collection for a 915-square-foot apartment is $167.36. Florida Power & Light Company supplies power to Orlando residents. You’ll also be responsible for paying for internet, and based on your provider, costs can vary greatly. Fortunately, there are ways you can reduce your utility costs.

You’ll also want to factor in food costs when calculating the cost of living in Orlando. You can expect to pay approximately $6.08 for a pound of ground beef and $3.96 for a gallon of milk. A meal at an inexpensive restaurant in Orlando is around $20, while a more expensive restaurant may cost an average of $70 for two people.

Orlando is a great place to call home, with so many things to do and see. Residents have access to some of the most popular amusement and theme parks in the world, as well as museums, outdoor recreational opportunities, and plenty of inexpensive dining options and shopping areas. Area attractions include:

Universal Studios: Prices vary, starting at around $109 per day person.Walt Disney World: Prices vary depending on package but start at around $109 per day per person.SeaWorld: Tickets start at $94.99 per day per person.Central Florida Zoo and Botanical Gardens: Tickets range between $13.95 to $21.95, depending on age and whether you purchase online or in person.Orlando Shakespeare Theater: Ticket prices vary depending on seat, show time, and production, but you can expect to spend anywhere from $26.25 to $56 per ticket.Orlando Museum of Art: Adult admission is $20, and a child’s ticket is $8.

One of the best things about living in Orlando is that these ticket prices include in-state discounts. If you live in Florida, you’ll pay less for theme park tickets than those visiting the parks from out of state.

Orlando, Florida, also offers a lot of free entertainment. Some free entertainment attractions to enjoy in Orlando include Disney Springs, Disney’s Boardwalk, Old Town, and Celebration Town Center. You can also visit one of the free public parks, like Gilbert McQueen Park or Demetree Park.

Other expenses to consider when living in Orlando

Florida doesn’t have an income tax, which is why many people choose to retire in Florida. You can expect to pay approximately 1.16% for property taxes. The state sales tax is 6%, with Orlando adding .5% for a total sales tax of 6.5%.

The average salary in Orlando is $59,796 per year. A liveable wage in Orlando is $18.19 per hour, with no kids. WalletHub lists Orlando as the second-best place to find a job in the United States.

A few companies based in Orlando, or with a large presence, include:

Many Orlando residents work in tourism, travel, and hospitality. Others may work in manufacturing.

How much is Orlando’s cost of living compared to other Florida cities?

What is the population in Orlando?

What are the cheapest neighborhoods in Orlando?

Some of the most affordable neighborhoods in Orlando include Altamonte Springs, Baldwin Park, College Park, and Doctor Phillips. These Orlando neighborhoods are also safe with low crime rates and are in close proximity to central Orlando.

Where is the cheapest rent in Orlando?

The cheapest rentals in and near Orlando tend to be outside of the city in Orlo Vista and Oak Ridge. You can find apartment rentals here between $895 and $1,100 per month.

Whether you’re looking to relocate or retire, Orlando has plenty to offer at a reasonable price. Between the sun, sand, and amazing activities available, it’s easy to see why people want to live in Orlando.

The post Cost of Living in Orlando, Florida appeared first on The Zumper Blog.