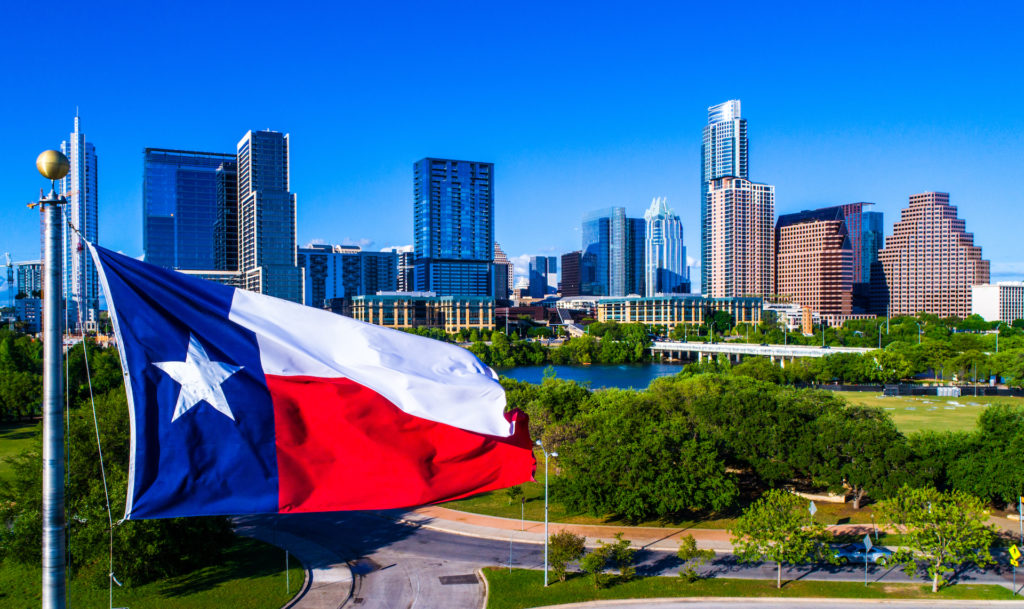 A Guide to the Cost of Living in Texas

Texas cost of living at a glance

Texas is the second-largest U.S. state in the nation by population and area. The Lone Star State has friendly small towns and large sprawling cities, along with almost any outdoor adventure you can imagine. What’s more, Texas also has an affordable cost of living. To determine whether you can afford to live in Texas, take a closer look at expenses for items such as food, housing, taxes, and bills in Texas.

The cost of living in Dallas is 4% higher than the national average, and Houston housing costs are 1% lower. If you’re interested in moving to Austin, you can expect to pay 1% higher than the national average. You’ll most likely need renter insurance in Texas, especially if your lease mandates it, then you’ll have to get a policy… even though there isn’t a legal requirement on the state or federal level.

The price of food in Texas varies slightly from one city to another. The prices of individual food vary by city as well. In Dallas, for example, two pounds of apples and beef cost between $3.14 and $11.57, respectively. In Austin, these prices shift to $4.22 and $12.56. Houston, Texas, residents can expect to pay $4.02 and $12.34 for the same food costs. Expect lower prices in towns outside of the major Texas cities, but also fewer options.

If you plan to live in Texas, you’ll need a car. The Lone Star State isn’t known for its excellent public transportation, even in its larger cities. Texas does have the following options:

Fortunately, if you have a vehicle, gas prices in Texas are relatively low. The state’s average price of gas per gallon is about $4.368, which is slightly lower than the national average of $4.779.

If you have any money left after paying for housing, food, and transportation, then you may want to have some fun. If you love going to cinemas, expect to pay approximately $11.61 per movie ticket.

Plenty of national and state parks can keep you happy in Texas. Boating, camping, and hiking are all popular activities in the state. Other attractions exist, such as the rare sea turtles of Padre Island National Seashore and the ancient pictographs at the Hueco Tanks State Park and Historic Site. Visiting these sites would cost you about $20 per day, including fees paid for admission tickets and a day tour.

There are many free things to do in Texas, too, including visiting the Texas State Capitol or taking a stroll on the San Antonio River Walk.

Suppose you are planning to pursue higher education in Texas. In that case, you may have to spend approximately $5,607 in-state and $16,303 out-of-state per year (including tuition and miscellaneous fees.)

If you fear student loans, the Lone Star State has less expensive options. The following list of colleges in Texas can help you start looking for the best school for your personal and educational goals, all at an affordable average cost:

Keep in mind, these rates don’t include housing or books.

Other expenses to consider when living in Texas

One of the best features of the average cost of living in Texas is that there is no state income tax. This tax elimination can save you much money each year compared to states with high-income tax rates, such as California and Hawaii. When it comes to sales tax and use tax, Texas imposes a 6.25% rate on all retail sales, rentals, and leases of many products, as well as taxable services.

Don’t overlook the gas tax of 20 cents per gallon. Local taxing jurisdictions, such as counties, cities, transit authorities, and special purpose districts, can also impose up to 2% sales and use tax for a maximum combined rate of 8.25%. Child care in Texas is around $1,180 per month and the cost of a fitness club membership is around $42.09 per month.

What is the population in Texas?

The current population of Texas is 28.64 million.

Where is the cheapest rent in Texas?

One of the cheapest cities in Texas is San Marcos. You can find a one-bedroom here for a median price of $1,081 per month.

Where is the most expensive rent in Texas?

Some of the most expensive places to rent in Texas are Austin and Cedar Park, where rent prices can go over $1,500 per month.

Why is the cost of living in Texas cheaper than the national average?

Generally, it is more affordable to buy or build a home in Texas. As more companies move into the state for incentives, more employees are looking to rent and buy homes in the state.

What is the cost of living in Texas? As you can see, you’ll find a competitive average cost to live in Texas compared to many other popular states across the United States. Hopefully, this guide has provided you with an idea of what you can expect your cost of living to be if you move to the Lone Star State.

Ready to find your Texas dream home? Search thousands of apartments and houses for rent on Zumper to find your next place.

The post A Guide to the Cost of Living in Texas appeared first on The Zumper Blog.