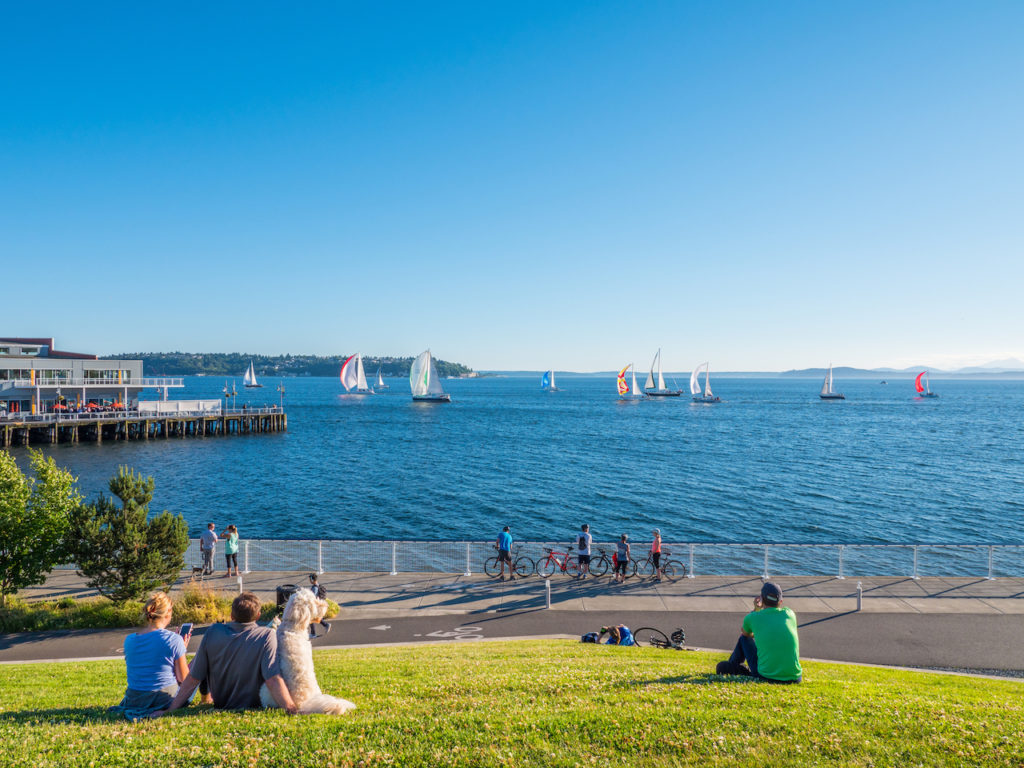 25 Free Things to Do When Living in Seattle

The Emerald City can be expensive. If you’re looking for some free fun, you’ve come to the right place. Between Seattle’s museums, outdoor concerts, parks, attractions, and events, you can have a darn good time for less than the cost of a tall latte. Explore the following 25 free things to do when living in
The post 25 Free Things to Do When Living in Seattle appeared first on The Zumper Blog.

The Emerald City can be expensive. If you’re looking for some free fun, you’ve come to the right place. Between Seattle’s museums, outdoor concerts, parks, attractions, and events, you can have a darn good time for less than the cost of a tall latte. Explore the following 25 free things to do when living in Seattle.

The Frye Art Museum is always free to the public. Explore paintings and sculpture from the 19th century to the present.
Neighborhood: First Hill
Address: 704 Terry Ave.
Opening hours: Wednesday through Sunday from 11 a.m. to 5 p.m.

The Olympic Sculpture Park is home to over 20 major works by world-renowned artists. The park is free and open to the public every day from dawn until dusk, and there are free one-hour tours of the park, too. Descend the 2,500-foot, Z-shaped pedestrian path leading from the park to the beach for sweeping views of the Puget Sound.

Hiram M. Chittenden Locks, aka Ballard Locks, is one of Seattle’s most popular tourist attractions. Snaking along the western edge of Ballard, the landmark locks allow boats to pass back and forth between Lake Union and Puget Sound. From mid-June through October, you can watch salmon migrate up the fish ladder from the viewing window. The Ballard Locks are also home to one of the most beautiful park settings in Seattle, Carl S. English Jr. Botanical Garden. The locks, the surrounding gardens, and the fish ladder are open year-round from 7 a.m. to 9 p.m., free of charge.

The Belltown Art Walk features work from local galleries that residents can view as they walk through the neighborhood. The event’s website features a map pointing out each stop, including art galleries, local businesses, and restaurants.

The Seattle Center is the city’s cultural center, home to the Space Needle, Seattle Opera, Seattle Rep, Seattle Children’s Museum, Seattle Children’s Theatre, Pacific Science Center, the Museum of Pop Culture (MoPOP), and more. Entrance to the 74-acre park is free, but admission to the on-premise attractions might not be. Luckily, the Seattle Center hosts free events nearly every weekend, including cultural festivals. Collectively known as Festál, the free ethnic celebrations feature food and dance, ranging from the Irish Festival in March to CroatiaFest in October.

Washington Park Arboretum‘s collection of 10,000 native plants is considered one of the most beautiful and diverse collections in the western United States. Located on the shores of Lake Washington, the 230-acre arboretum is open daily from dawn until dusk, free of charge.

The Capitol Hill Art Walk is free to all visitors and features different artists and local businesses each month.

The picturesque Golden Gardens Park is one of the few sandy beaches in Seattle. The park features two wetlands, beaches, forest trails, fishing off a pier, a boat launch, and picnic and playground areas featuring extraordinary views of Puget Sound and the Olympic Mountains. There’s also an off-leash area for dogs (though not on the beach), a beach volleyball court, and fire pits. Open from 4 a.m. until 11:30 p.m., this public park is the perfect place to watch the summer sunset or gaze up at the stars in the winter.

Kerry Park is a small public park, but it’s a huge reason people who move to Seattle love it there. The small grassy strip overlooking Downtown Seattle is along West Highland Drive between Second Avenue West and Third Avenue West. It offers views of the Seattle Center, Elliott Bay, and Mount Rainier. Kerry Park is free and open to the public.

The Fremont Public Sculptures are free to visit, with the collection featuring seasonal decorations for special occasions. Approximately 10 pieces of art represent a look at Fremont’s golden era of counterculturalism.

Seattle Free Walking Tours offers countless tours of various locations in Seattle, with a tour to please any guest.

There are several paid attractions at Queen Anne Days, but admission to the family-oriented community celebration costs nothing. Every year, the festival features a wine, beer, and cider garden, a fun run, an art walk, live music, a car show, a doggie parade, food trucks, carnival games, crafts, and more.

One of the largest folk festivals in the country, the Northwest Folklife Festival takes over Seattle Center every Memorial Day weekend. The free, family-friendly event features over 5,000 performers on more than 20 stages, arts, crafts, music, and food for purchase.

Waterfall Garden Park features a 22-foot manufactured waterfall overlooking a dual-level patio with tables and chairs, offering a relatively quiet space to enjoy a book or some lunch in the middle of the city.

Many cities have art walks at the beginning of the month, and Seattle is no exception. The Pioneer Square Art Walk takes place on the first Thursday. The neighborhood’s galleries open their doors gratis, and many area garages offer free parking for the event. Other neighborhoods join in on the fun, too.

The Seattle Art Museum has free days on the first Thursdays and Fridays of each month. Note that some galleries may be closed to allow museum staff to conduct reinstallations and exhibit rotations.
Neighborhood: Trulia
Address: 1300 First Ave.
Opening hours: Wednesday through Sunday from 10 a.m. to 5 p.m.

Seattle’s most popular tourist destination is one of the oldest farmers’ markets in the United States, established in 1907. Visitors will find many opportunities to shop and eat at Pike Place Market, but it’s free to window shop and walk around the area. The 9-acre historic district overlooks the Elliott Bay waterfront and houses various unique shops, restaurants, fishmongers, fresh produce stands, and craft stalls.

The observation deck at Volunteer Park‘s water tower offers one of the best free views in Seattle. The 48.3-acre park also includes a conservatory. The park has longer opening hours, but the Water Tower is open only from 10 a.m. until dusk.

Every year, the South Lake Union Block Party takes over the South Lake Union Discovery Center in August. Entry and live musical entertainment are free, but you can also purchase refreshments at food trucks and the beer garden. In addition to a free print-your-own-poster station, the event includes a “letterpress steamroller smackdown,” where local design pro teams print oversized posters with a 5-ton steamroller!

Find free things to do in Seattle, even in the winter months, such as watching the Christmas Ship Festival Parade of Boats. Led by The Spirit of Seattle, glowing vessels sail around the city, lighting up the waters of 65 various waterfront communities. You’ll need to pay to watch the show from the water on a follow boat, but it’s totally free to admire the boats from onshore at Lake Washington, Lake Union, Elliott Bay, and Puget Sound Parks.

It’s hard to get out the door for less than $50 these days, but with this thrifty list, all you’ll be paying for is transportation. Get started on your apartment search if you’re not a Seattle local and find your perfect place.

The post 25 Free Things to Do When Living in Seattle appeared first on The Zumper Blog.