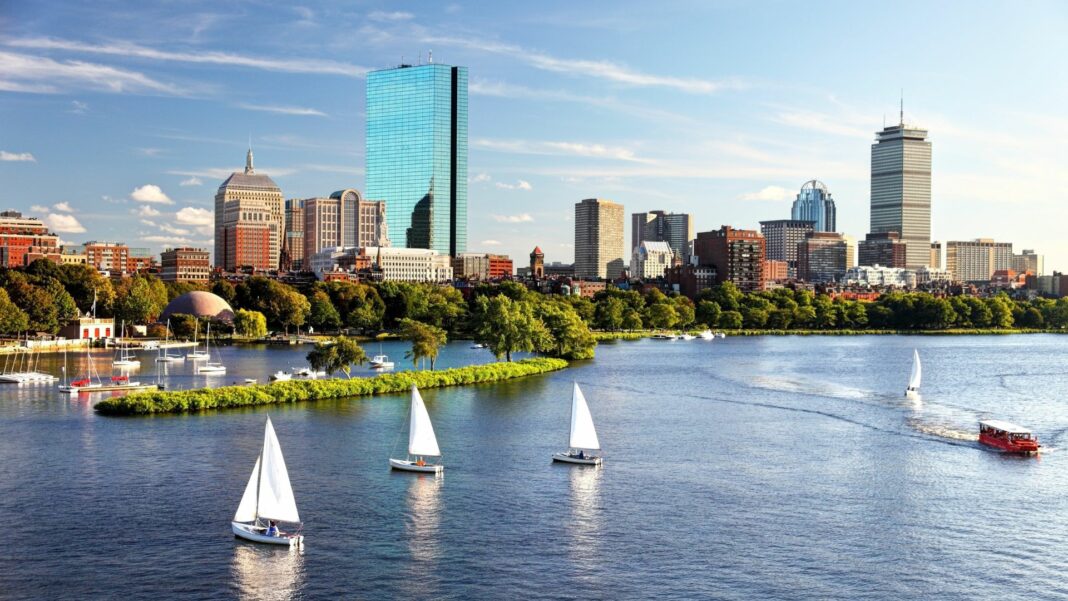 Despite being one of the most well-known cities in America, there are still many facts about Boston that might surprise you. From historical pubs to the beginnings of our country’s library system, Boston is a place full of unique quirks. Whether you’re considering a move to Boston, or currently living in Beantown, find out what
The post 15 Fun Facts About Boston You Might Not Know appeared first on The Zumper Blog.

Despite being one of the most well-known cities in America, there are still many facts about Boston that might surprise you. From historical pubs to the beginnings of our country’s library system, Boston is a place full of unique quirks. Whether you’re considering a move to Boston, or currently living in Beantown, find out what makes Boston such a beloved city with these 15 these fun facts.

A park system of nine green spaces linked together throughout many Boston neighborhoods, also known as the Emerald Necklace, was designed by Frederick Law Olmsted, the same landscape architect behind New York’s Central Park design.

The idea was to create a system of parks and parkways that would give Bostonians outdoor space to escape the pollution and congestion of city life. Today, the 6-mile-long Emerald Necklace is on the National Register of Historic Places and provides residents and visitors ample space for relaxation, recreation, and more.

Among all Boston facts, this one has perhaps been the most influential to other U.S. cities. The Boston Public Library, now located in the Back Bay neighborhood, opened in the 1800s and was the first library to allow its citizens to borrow books, completely revolutionizing the way libraries operated. It was also the first library to establish a branch system when it opened 21 branch libraries throughout Boston between 1872 and 1900. The National Park System has recognized Boston Public Library as the first outstanding example of Renaissance Beaux-Arts Classicism in America. More than 3 million people visit the library annually.

Although not the oldest bar in America, the Bell in Hand was built in 1795 and, outside of Prohibition, has remained open, making it the country’s oldest continuously operating tavern. Its two-story floor plan features five different bars where you can order a pint, just like the Founding Fathers did.

If you want a bar with even more history, check out the Green Dragon Tavern, just around the corner from the Bell in Hand. It’s here that Paul Revere and the Sons of Liberty held meetings, conveniently located along the 2.5-mile-long Freedom Trail. This free Boston attraction connects you to various historic sites around the city. Grab a drink at each bar and enjoy a historical day in Boston.

4. Boston is a college town

A bustling metropolis like Boston may not seem like a college town, but with 35 colleges, universities, and community colleges, that’s what it is. Amazingly enough, students manage to find housing and apartments every year, with the Fenway-Kenmore neighborhood leading the way as the most popular. Boston University, Northeastern, and Boston College are some of the better-known schools in the city. Suffolk, Berklee College of Music, and Emerson contribute to the 250,000 students who call Boston home yearly. And this number doesn’t even include those schools across the Charles River, including Harvard and MIT. With so many colleges in one area, there’s always something fun to do in Boston.

5. The city layout is unique

Visiting or moving to Boston brings the excitement of exploring a new place, and Boston’s streets are perfect for exploring. That’s because the layout is nearly the opposite of any typical city grid. Boston’s streets are curved and twisted, and their geographical design seems to have no rhyme or reason, making it ideal for a stroll but not so great if you need to get somewhere in a hurry. Check out this colorful map to get a feel for how different Boston streets look compared to other major cities.

The greater Boston area is one of the few in the United States that hosts all four major professional men’s sports teams. The Bruins, Red Sox, and Celtics play within Boston’s city limits, and both the New England Patriots and New England Revolution play outside the city in Foxborough. Catching a sporting event nearly all year round is just one of the many things to do in Boston. This city has, arguably, one of the most intense love affairs with its sports teams. To put it into perspective, Boston has hosted 10 championship parades in the last 15 years.

In 1897, Boston built the nation’s first subway system, the Tremont Street Subway. Today, the MBTA has four subway lines using color-coding that hints at the routes they take. The Green Line goes through the Emerald Necklace district; the Blue Line heads over to Boston Harbor. The Red Line takes you close to Harvard University, and the Orange Line goes to Washington Street.

9. The Massachusetts State House has a gold dome

The architect who designed the Massachusetts State House got his inspiration from Greek and Roman temple styles. At one time, wooden shingles covered the dome of this building, and today, 23-karat gold leaf crowns the shiny dome.

Some people move to Boston to attend one of the 70 academic institutions, including the Massachusetts School of Law and the Massachusetts Institute of Technology. Students interested in the arts can attend the Berklee College of Music dedicated to music and performing arts. Members of the public can also see live music at several of the college’s venues.

11. You can find more than 30 breweries in Boston

Nearly every neighborhood in Boston has a brewery for you to enjoy craft beer. Not only is Boston home to Samuel Adams, but also other local favorites such as Dorchester Brewing Co., Harpoon Brewery, Distraction Brewing Co., and Trillium Brewing Co. These breweries and more offer beers ranging from light pale ales to robust IPAs.

12. Boston may have ghosts

If you enjoy exploring the supernatural, want a little fright, or seek to learn about some of Boston’s notorious characters and buildings, book a ghost tour with Ghosts & Gravestones. The tour takes you past famous haunted hotels, cinemas, and inns. You’ll also stop by two of Boston’s oldest graveyards and cemeteries.

13. The city is home to the oldest chocolate factory in the country

15. The oldest lighthouse in the country sits on Little Brewster Island

The Boston Light, the nation’s oldest lighthouse, first sent a beam of light nearly 27 miles into the Boston Harbor in 1716. Today, the functioning Boston Light remains on Little Brewster Island with a lighthouse keeper.

In addition to being full of fun facts, Boston is a very walkable city. Each neighborhood is full of fun things to do and places to explore. Discover all the different Boston apartments for rent and decide which neighborhood works best for you.