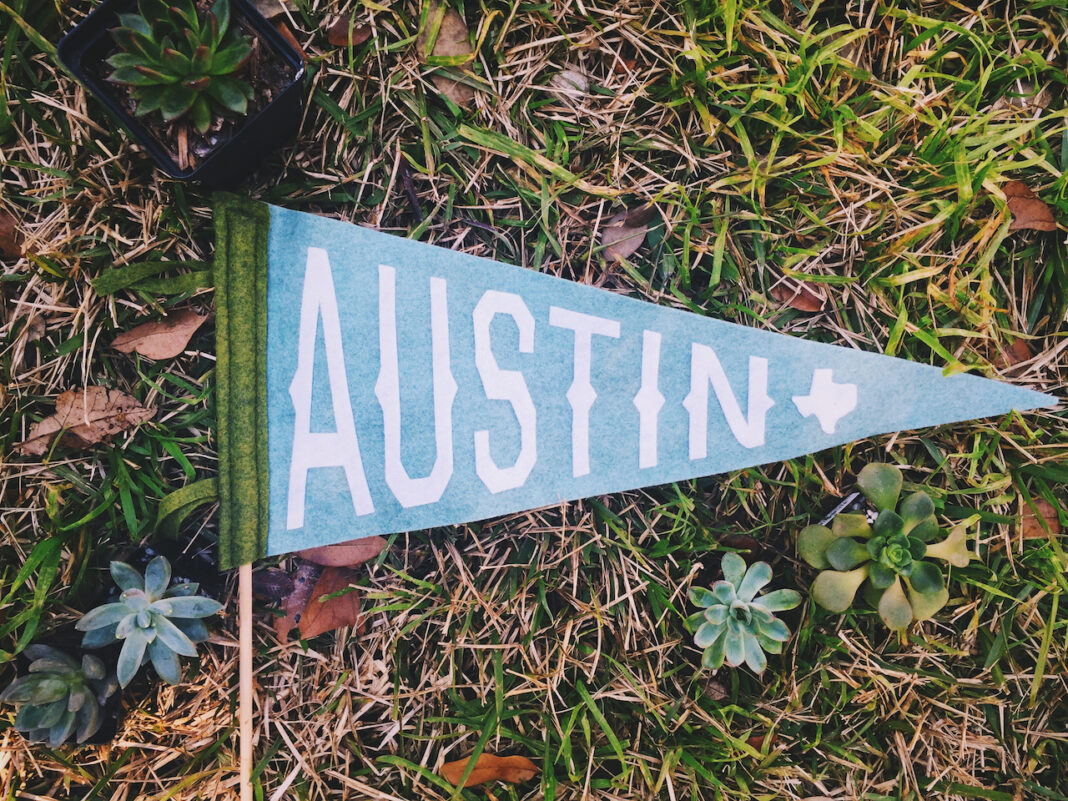 10 Things to Know Before Moving to Austin

Are you thinking of leaving the country’s more expensive cities and joining the people who relocate to Austin? Good choice. The music and food scenes (usually) outweigh the Texas heat and unavoidable traffic. Discover what to know before moving to Austin, TX. Austin, TX at a glance Austin’s peak hour traffic can get heavy, but the city’s
The post 10 Things to Know Before Moving to Austin appeared first on The Zumper Blog.

Are you thinking of leaving the country’s more expensive cities and joining the people who relocate to Austin? Good choice. The music and food scenes (usually) outweigh the Texas heat and unavoidable traffic. Discover what to know before moving to Austin, TX.

Austin, TX at a glance

Austin’s peak hour traffic can get heavy, but the city’s many remote workers needn’t worry about a commute.Living in Austin costs less than in many big cities, and plenty of affordable neighborhoods exist.You’ll find plenty to do in your downtime, thanks to a thriving live music scene and plenty of dog-friendly bars and restaurants.

1. You can fly or drive to your destinations from your home in Austin

Austin-Bergstrom International Airport is the most convenient airport to Austin, located approximately 7 miles from the city. The number 20 Capital Metro bus shuttles locals between the city and airport regularly. If you have loads of luggage, you may prefer scheduling a Super Shuttle, grabbing a Lyft, or hiring a car. If you’d like to take a road trip, Interstate 10 makes the drive easy. Easy day trips from Austin include:

2. The city’s cost of living is reasonable

When you’re moving to a new city, it’s all about the money. The cost of living in Austin is only a percent higher than the national average, so you may find you save money moving to Austin. Housing is 12% higher than the national average, so budget wisely. Review the following facts and figures about the average cost of living to keep in mind before moving to Austin.

Rent: The average cost to rent a one-bedroom apartment is $1,590 and $1,950 for a two-bedroom. These rental rates put Austin in the country’s top 30 cities for expensive accommodations.Transportation: Monthly local transit service passes cost $41.25.Food: Groceries are 8% lower than the national average.Eating out: A beer costs approximately $6, and a meal for two at a mid-range restaurant costs approximately $65.Gas: Gas costs an average of $3.77 a gallon.Utilities: The average cost of utilities for a 915-square-foot apartment is $145.71. Contact Texas Gas Service, Austin Energy, Austin Resource Recovery, and Austin Water Utility to get connected.Internet: An unlimited data plan with a speed of 60 Mbps or more costs approximately $64.81. The city’s most prominent providers are CenturyLink, AT&T, and Frontier.

3. There are great neighborhoods in the city and close by

Your chosen neighborhood significantly impacts your cost of living and lifestyle. Some of the most popular include:

Zilker: This friendly neighborhood south of Lady Bird Lake and bordered by Old West Austin on the northern side is known for its bar and restaurant scene with a vibe.East Austin: This area, featuring the communities of Holly and East Cesar Chavez, is home to some of Austin’s best barbecue joints.Clarksville: This trendy neighborhood on the western edge of downtown offers easy access to Lady Bird Lake, sophisticated eateries, and cocktail bars.West Campus: You’ll find everything college students love here on the western side of the University of Texas, including affordable eateries and great nightlife.

There are also plenty of exciting locations outside the city limits. Some great places within driving distance of Austin include Dallas-Fort Worth, San Antonio, and the beaches on each coast — Galveston on the east and Port Aransas to the west. While Austin has plenty to keep you entertained, you’ll find plenty to see when you want a weekend getaway.

4. The economy is strong

Austin is one of the only cities in the country to grow its economy through 2020. The local GDP is up 8.7% from 2015 to 2020. It’s little wonder that the city is home to regional offices for leading companies, including 3M, Apple, Google, Whole Foods Market, and Facebook. Wages are also strong, with earnings rising 0.9% in the first quarter of 2022 to an average of $75,000. Many local businesses, including those in the rising tech industry, are adopting more flexible working conditions, making Austin an excellent option for people who want to work remotely.

5. The population is a melting pot

With a population of approximately 2 million, Austin is one of the fastest-growing cities in the country. It’s a cultural melting pot, with nearly a third of the population identifying as Hispanic, 8% Black or African American, and 6.5% Asian. The diverse population has given rise to exciting restaurants and cultural festivals. Make sure you don’t miss Carnaval Brasileiro in February, the St. Patrick’s Day Festival in March, or the Viva La Vida Festival & Parade, a Day of the Dead celebration held each October. No matter who you are, Austin will welcome you.

If you’re a dog owner, Austin is a great choice. Fido is welcome at many local bars and restaurants, including Comic Coffee + Beer Garden, The Cavalier, and Sour Duck Market. There are a ton of dog parks for your pooch to stretch its legs and make new friends too. Dogs are also welcome in several local retailers, including Austin Books & Comics, Academy Sports + Outdoors, and most stores in The Domain. Plenty of pet-friendly apartments can accommodate you and your four-legged best friend.

7. The Texas heat deserves its reputation

Austin is a superb choice for people who love warm weather, as winter is barely here. The temperature rarely dips below 40 degrees, even in December and January. However, there’s a reason for the Texas heat’s reputation. In July and August, temps often exceed 100 degrees. Austin has its fair share of public pools and swimming holes, including Barton Springs, Lake Travis, and Hamilton Pool Preserve in nearby Dripping Springs.

Austin usually experiences a tornado yearly, so you may need to listen for warning sirens and seek shelter immediately. They’re most common in May but can happen any time during spring.

8. Peak hour traffic is intense, but you’ll need your car

The growing population is putting a hurt on the city’s infrastructure. Interstate 35 and the Texas 1 Loop (the MoPac) are the only main arteries for commuting, so peak hours are pretty miserable. No joke — it will take you 30 minutes to go 3 miles. KXAN’s real-time traffic maps can help you keep an eye on congestion. Finding a home near your work or joining the dozens of remote employees will help you avoid the jam.

If you thought ditching your car was the solution, think again. Austin has some public transportation options, but it’s more efficient to drive yourself in most cases. The most popular is the Capital Metropolitan Transportation Authority (CapMetro), a bus and north-south light rail commuter line. The light rail can take you out of the city limits, while the bus is good for getting around downtown. Standard single rides cost $1.25, while rides on the commuter service will set you back $3.50. Regular travelers can save money with weekly and monthly passes.

9. Tex-Mex and barbecue are food highlights

Austin offers tacos for days (don’t get us started on breakfast tacos), margaritas that don’t taste like neon, and barbecue. Texas knows you have to do it low and slow. You can’t throw a rock without hitting a food truck, a brunch spot, or a happy hour option. Even the grocery stores are A+. Whole Foods flagship store is worth visiting, and Texan grocery store H-E-B will be your new BFF. Just remember your reusable shopping bags! Here are some of our favorite places to fuel up:

10. Austin is the “Live Music Capital of the World”

If you’re a music lover, Austin is the perfect home base. Hundreds of thousands of people invade the city every March for its annual music, film, and interactive conference and festival, South by Southwest (SXSW, or just “South by” to locals). The other behemoth music fest is Austin City Limits (ACL), where many acts get their big break. All your favorite bands will stop in Austin on tour — be sure to catch a show at Stubb’s. Plus, as a hotbed for up-and-coming bands, the city’s local music scene is nothing short of killer. Here are some great music venues to put on your radar:

Do I need any permits for moving?

All movers in Texas need a temporary parking permit. If your movers try to park on a residential street without one, they may get fined. You can organize a permit for your movers through the Texas Department of Motor Vehicles.

What taxes apply in Austin?

Austin is very tax-friendly, with no individual income tax. However, the combined state and local sales tax of 8.25% is higher than the national average.

Is Austin a green city?

So, what are you waiting for? Check out apartments for rent on Zumper and find your new Austin spot. You’ll be enjoying beers and live music before you can say “Man-chack Road” properly.

The post 10 Things to Know Before Moving to Austin appeared first on The Zumper Blog.